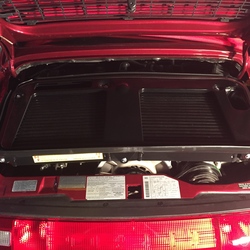 One of our friends and customers has a beautiful, Arena Red Metallic, 993 Twin Turbo Porsche.  This is the same car that was on the "Kills Bugs Fast" poster.

The car is a beautifully cared for 1996 variant.  Unfortunately the alternator impeller (ie. cooling fan) has started to shed its' factory coating and looked chipped and marred such that the engine compartment didn't match the perfection of the outside of the car.  So, after receiving three separate, brand new, impellers (the first two had inclusions that forced us to send them back) we chose the most perfect one and decided to fit it to the car.  While we had the fan removed we spent some time refinishing the fan housing that is also visible and brought that back to a "like new" finish.  In addition to those items, old, mismatched hardware and hose clamps were replaced with factory fresh, and correct hardware to finish off the touch.  The belts were replaced with "Porsche" belts, the engine compartment was detailed and by the time everything was done, it looked like it had just been driven off of the showroom floor! 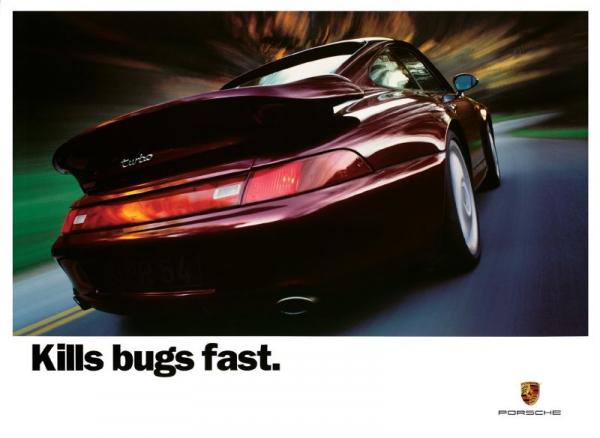 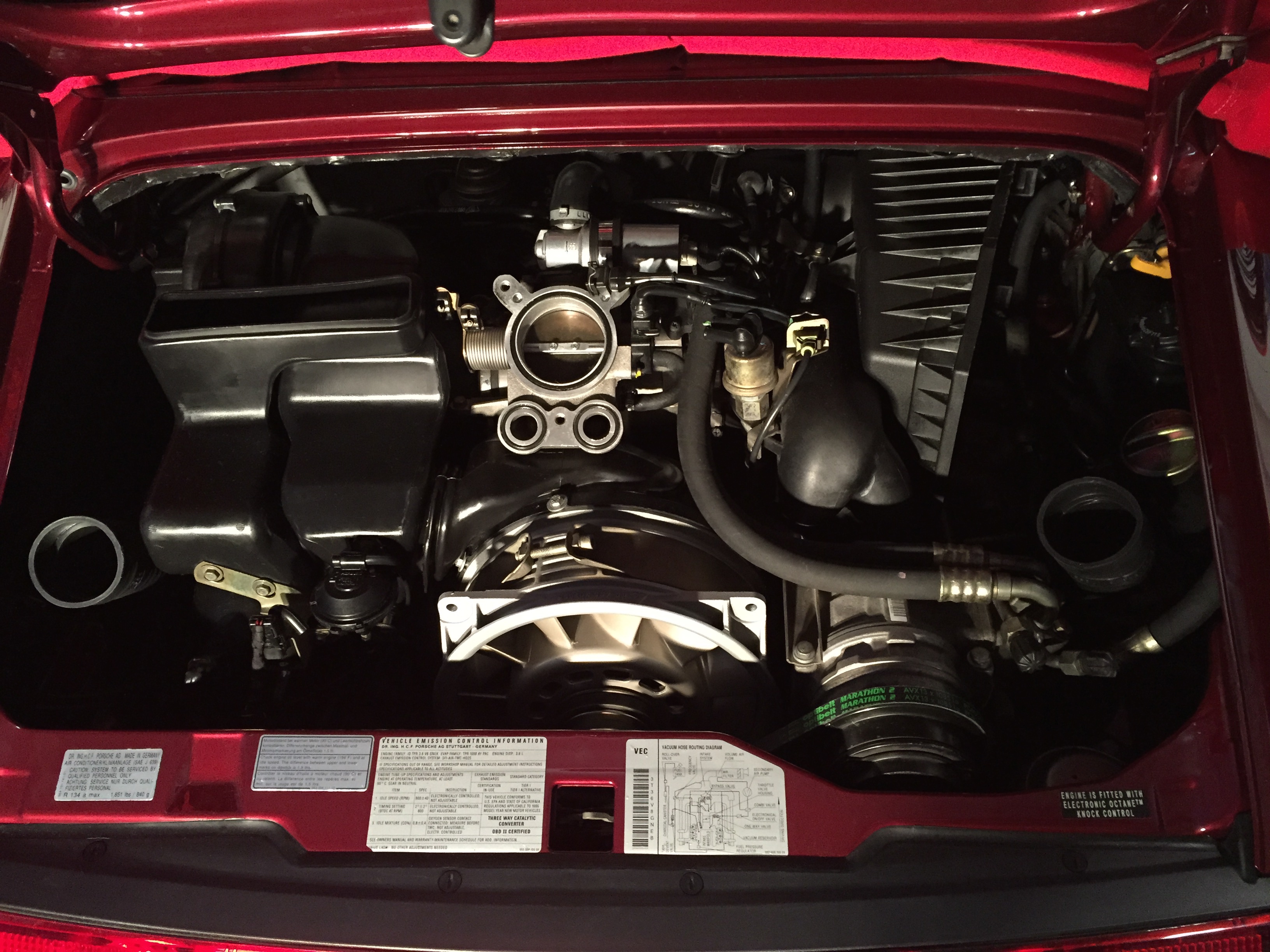 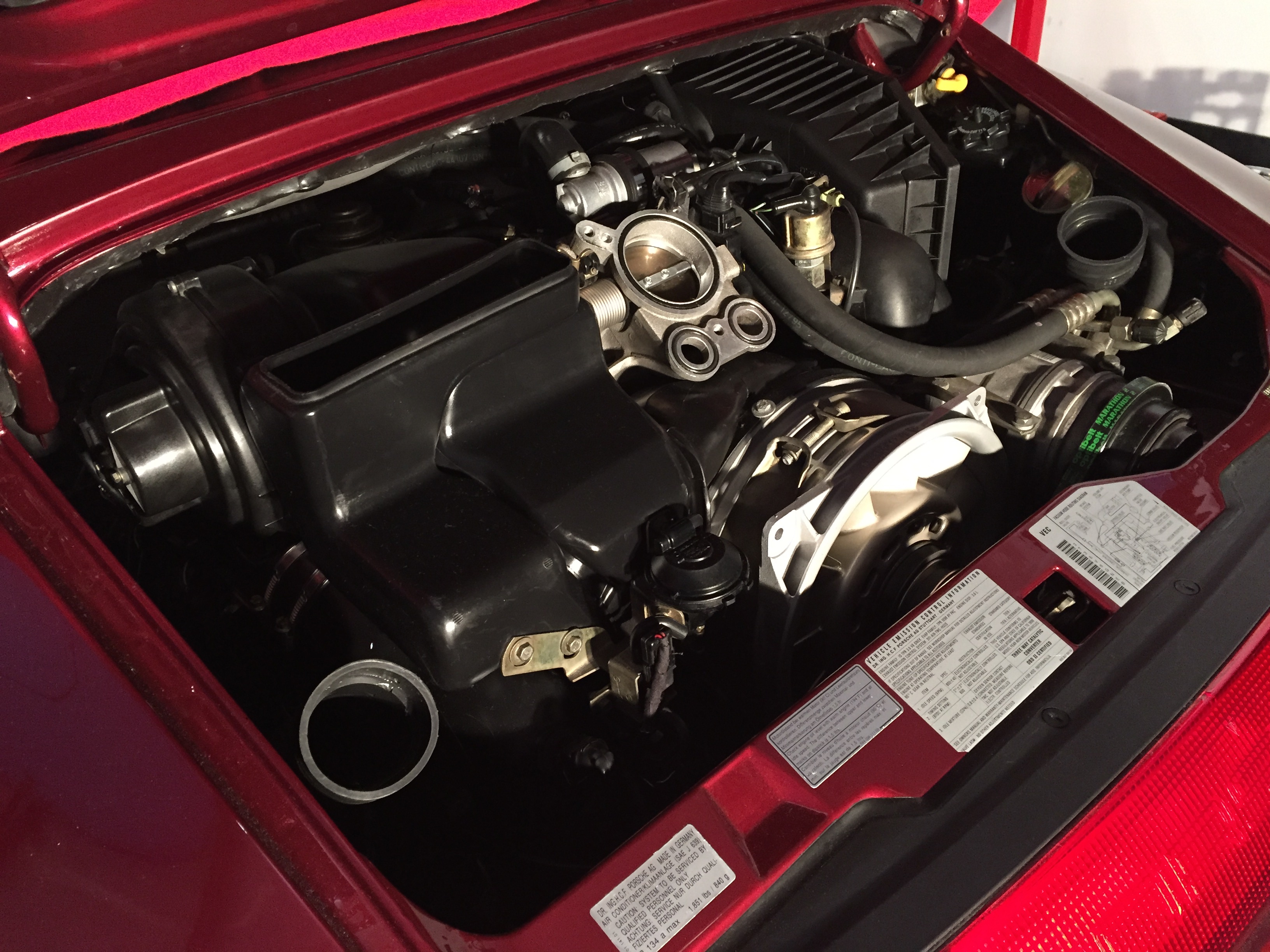 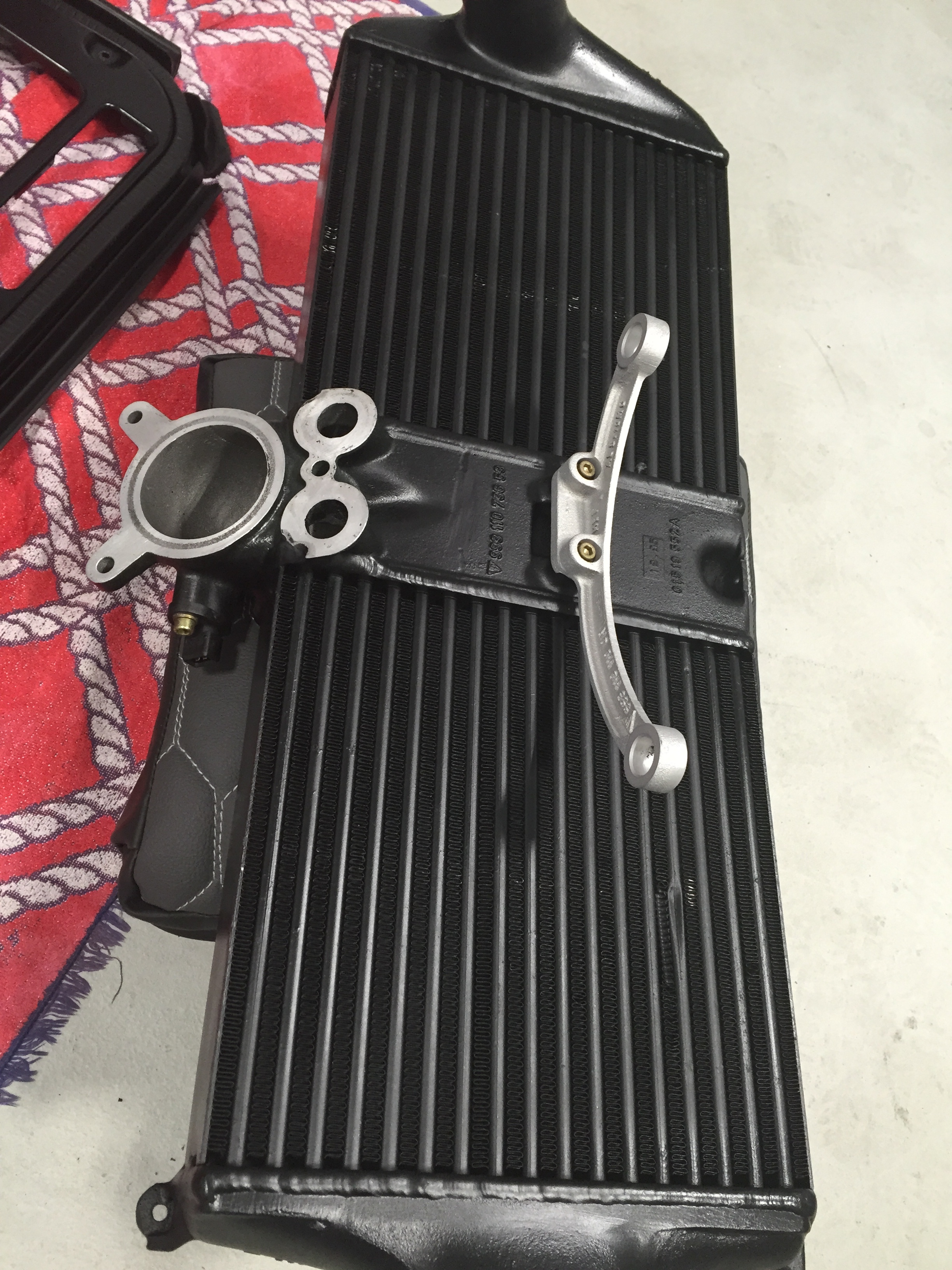