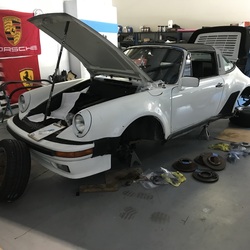 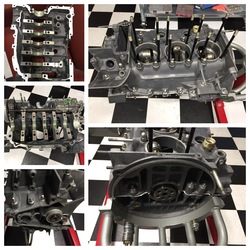 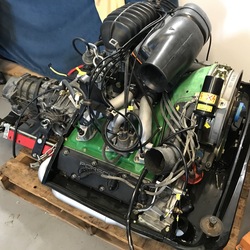 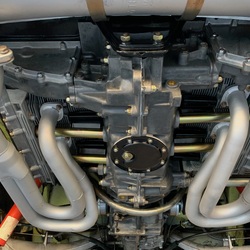 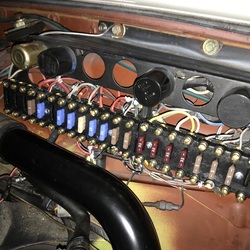 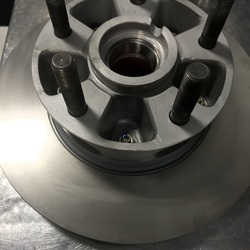 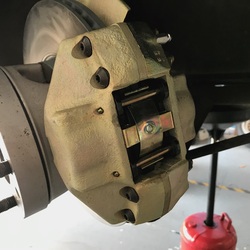 Phoenix came to us after having spent close to a decade at other shops.  She needed everything.  The owners made the decision that we would get her in tip top mechanical shape prior to paint and bodywork. Phoenix has been in their family since the early 1980's.  She was the primary daily driver for many years.  The objective was to get her back into her old style of performance.  No HP upgrades, jsut reliability and originality. BreitWerks performed a complete engine rebuild.  The 7R magnesium case was align bored, shuffle pinned and spot faced.  She was brought back to her original specifications.  The cylinder heads were restored along with all other major components and upgraded hardware from ARP was used for rod bolts and she received steel headstuds all the way around.  She also received pressure fed chain tensioners and restored cams and rockers with rocker locks. BreitWerks also sourced a replacement transmission as the original had terminal cracking in the magnesium case.  We made sure to get a period correct replacement in order to maintain the original feel of the driving experience. The fuel system was replaced and rebuilt all the way from the tank to the individual injectors.  Rust had accumulated over the prior decade and threatened to ruin our newly restored CIS system.  We were also able to update the fuel filter mount to be able to use a modern filter that is still available. After 40+ years the electrical system required a complete overhaul.  Too many years of hacked in repairs and bypassing critical sensors instead of repairing them meant that we needed some new harnesses and all new, modern relay and fuse panels.  This understated, modern upgrade is perfect since it uses modern parts but looks stock to the casual observer. The brake system also required a complete rebuild.  We took the opportunity to have the calipers and backing plates restored to original condition and replaced all of the flex lines as well as quite a few of the rusty hardlines.  She stops pretty darn good now for an unassisted brake system. We can't wait to see Phoenix back after her paint and body work.  Then we can get started on ride heights and suspension upgrades!
Back to Projects